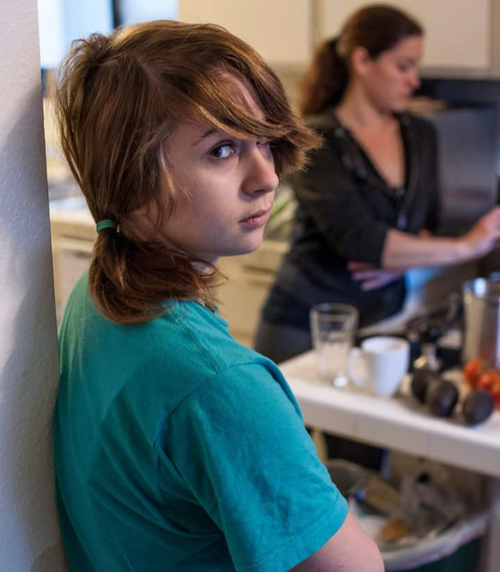 Today was my niece’s funeral. Her former band teacher gave the eulogy. His words were lovely, the passages fitting. I sat behind my stepsister and her husband and their children. My six-year-old on my lap, so someone else could have a seat I told her, but because I needed to feel her body, alive and warm.

The concert band from Zoë’s school played three pieces. The third, near the finish had a mournful note drawn out so long I was breathless by its end. A final gathering of notes trailed off, driven out by the grief of that one. The band director was motionless for a moment before he broke, his sobs uncontrollable for a few seconds. This day, that song, the reason. He quieted, but those few seconds were too much for the band composed of children, playing music for their dead friend. They sat in their chairs, or stood behind their instruments, alone but all together, except one.

The band director gave instructions. Some kids moved chairs to the side where family and friends were gathered. Some kids reconfigured the arrangement on the side where the band played. Zoë lay between, in a pine box, polished and perfect in its simplicity.

My nephew Evan, stood, waiting for this part to end. He tucked his shirt again and held his hands still in front of him. He was handsome, like a man too soon. His face betrayed an attempt at stoicism, every emotion shown, breaking my heart. He spoke clearly. “The last time I saw Zoë was a Thursday night.” He told us they’d argued and said awful things to each other, but had made up before the night ended. “I told her I loved her, and she said she loved me, too.” Then he was in his father’s arms, crying for us all.

The seats on the other side of the grave were occupied by a string ensemble after that. They played pieces of which I remember nothing but that they seemed the perfect soundtrack for the grief of my stepsister’s family, incomplete in front of me, the rest of my family behind me, all the strangers to me who knew Zoë, and for myself, waiting for it to end.

Her  father spoke. “I thought I had a lot to say.” I was amazed he could speak words at all, could function in the world. “From there to here,” he pointed to the hearse, “was the longest walk of my life.” How was he standing upright, breathing? “Thank you for coming.”

I wanted everyone to leave. I wanted to sit there with my family and watch my niece be lowered into the ground. That’s not what was planned. The ensemble played as we all watched Zoë pass into the earth together.

A man from the funeral home announced the location of the wake. People dispersed. I collected my daughter, who’d gone to stand with her grandfather. I said goodbye to my stepsister, told her I wasn’t attending the wake, but to let me know if she needed anything from me. I said goodbye to my sister and my aunt and my stepfather and other faces. I cut the line of kids waiting to talk to the band director and thanked him for what he did and what he said.

I took my daughter’s hand and asked if she was hungry and what she wanted for lunch. Would she like to go out? No, she wanted to go home with me and have peanut butter and jelly before I brought her back to her dad’s house. I buckled her into her seat, and we drove through the cemetery gates, back into our lives.